A Soldier Returns To The Front 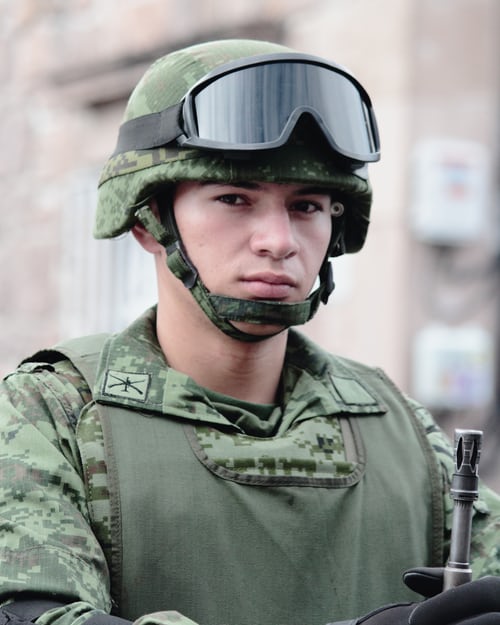 In, Acts 12: 25, John, also called Mark, is found in the company of Paul and Barnabas preaching the Word of God. Eventually, Mark departed from the work. “Now when Paul and his party set sail from Paphos, they came to Perga in Pamphylia; and John, departing from them, returned to Jerusalem” (Acts 13:13). Why he left the work we simply do not know.  Suffice to say Paul considered his reason for abandoning the work not worthy of a soldier for Christ. Luke records the following: “Now Barnabas was determined to take with them John called Mark. But Paul insisted that they should not take with them the one who had deserted them in Pamphylia, and had not gone with them to the work. Then the contention became the two became so sharp that they parted from one another. And so Barnabas took John Mark with him and sailed to Cyprus; but Paul chose Silas and departed, being commended by the brethren to the grace of God” (Acts 15:37-40).

Even though Paul no longer considered John Mark to be a productive soldier for the cause of Christ, Barnabas saw something which prompted him to stand up for Mark. Indeed, Mark was  fortunate he had such a friend as Barnabas to stand up for him.

Barnabas was altogether a faithful soldier of the cross. “And Joses, who was also named Barnabas by the apostles, (which is translated Son of Encouragement), a Levite of the country of Cyprus, having land sold it, and brought the money and laid it at the apostles’ feet” (Acts 4:36-37). Barnabas, the encourager, saw the good in John Mark and wanted him to continue in the cause of Christ. So true to his name, Barnabas encouraged John Mark, to go on to perfection in Christ Jesus.

We do not know who was right or wrong in the disagreement. In the end, does it really matter? In their separation from each other, Paul and Barnabas had opportunity to go and preach in two different directions. This also gave John Mark the opportunity to prove himself as a disciple of the Lord Jesus. It paid off quite well for the cause of Christ.

Later on, Paul, also seeing promise in John Mark once again, penned, “Aristarchus my fellow prisoner greets you, with Mark the cousin of Barnabas about whom you received instructions: if he comes to you, welcome him” (Colossians 4:10). He also advised Timothy to “get Mark and bring him with you, for he is useful to me for ministry” (2 Timothy 4:11). Fortunately for John Mark, Barnabas believed in him.

Friends, as Disciples of Christ, we might one day need someone to believe in us. Do you know someone who is an encourager like Barnabas? Could that someone be you?