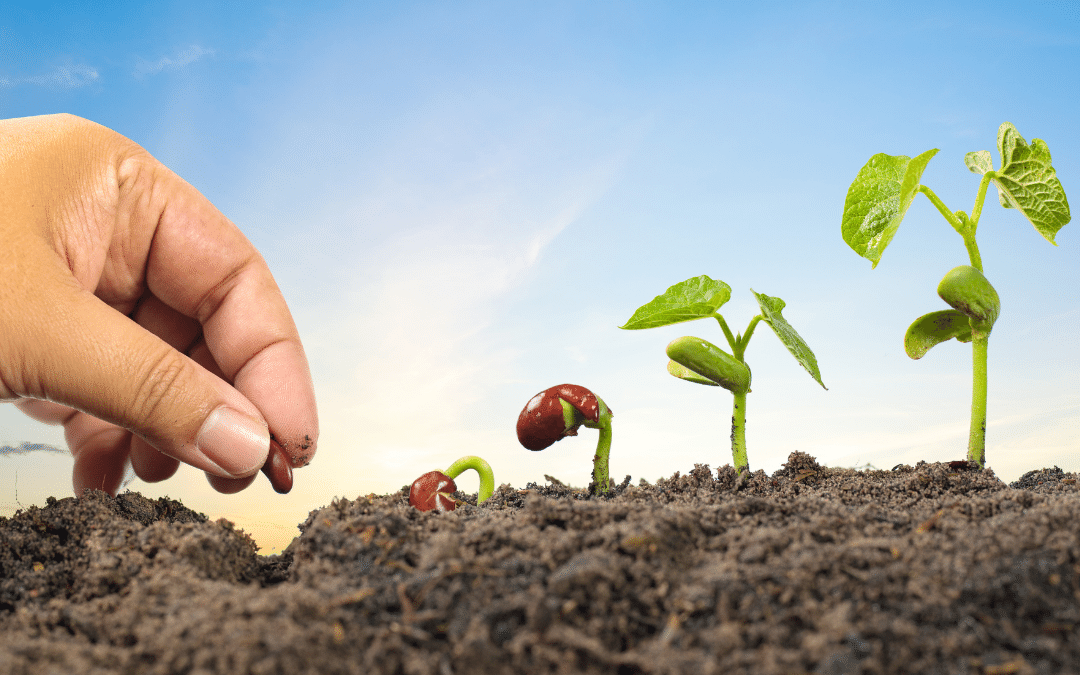 A few years ago my wife and I had a beautiful spring garden.  We enjoyed planting a garden each year and watching it grow and produce all of the wonderful vegetables.  It was so nice to enjoy the fresh vegetables and be able to share them with friends and neighbors.  It involved a lot of work tilling the soil and preparing it for planting the seed.  We had a very large variety in our garden that year.  We planted corn, potatoes, tomatoes, beans, peas, yellow squash, onions, cucumbers, radishes, and zucchini.

After we planted the many rows of various seeds we would label each row so we could remember what and where we had planted all of the seed.  Having so many varieties it would be impossible for us to remember what we had planted and where.  We were not surprised that where we had labeled corn, corn plants came up.  Where we labeled beans, beans came up.  Where we had labeled squash, squash plants came up.  And so on and so on.  We were not surprised because God had made these seed and they always produce after their own kind.  What if we had mislabeled these rows of seed we had planted?  Just suppose we had labeled the corn, beans.  The cucumbers, squash.  You get the picture.  Changing the name of the seed would not have changed what it produced would it?  God’s seed will always produce after its own kind.

Jesus Teaches the Parable of the Sower

1 On the same day Jesus went out of the house and sat by the sea. 2 And great multitudes were gathered together to Him, so that He got into a boat and sat; and the whole multitude stood on the shore.

3 Then He spoke many things to them in parables, saying: “Behold, a sower went out to sow.  4 And as he sowed, some seed fell by the wayside; and the birds came and devoured them.  5 Some fell on stony places, where they did not have much earth; and they immediately sprang up because they had no depth of earth.  6 But when the sun was up they were scorched, and because they had no root they withered away.  7 And some fell among thorns, and the thorns sprang up and choked them.  8 But others fell on good ground and yielded a crop: some a hundredfold, some sixty, some thirty.  9 He who has ears to hear, let him hear!”

Do not be deceived, God is not mocked; for whatever a man sows, that he will also reap.